The UK Government’s International Trade Secretary Liz Truss is due to speak to ministers in Japan and New Zealand to request to join the Comprehensive and Progressive Trans-Pacific Partnership (CPTPP), with negotiations to start this year.

Joining the CPTPP would increase the UK’s access to fast-growing markets and major economies in APAC including Malaysia and Vietnam.

Joining the £9 trillion partnership would reduce tariffs while also creating opportunities for industries like tech and services.

Benefits that CPTPP membership will bring for businesses include:

“Applying to be the first new country to join the CPTPP demonstrates our ambition to do business on the best terms with our friends and partners all over the world and be an enthusiastic champion of global free trade,” said UK Prime Minister Boris Johnson.

Truss added: “Joining CPTPP will create enormous opportunities for UK businesses that simply weren’t there as part of the EU and deepen our ties with some of the fastest-growing markets in the world.

“It will mean lower tariffs for car manufacturers and whisky producers, and better access for our brilliant services providers, delivering quality jobs and greater prosperity for people here at home.” 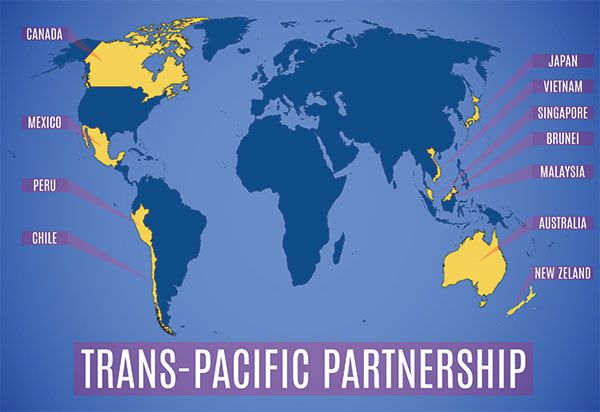 What is the CPTPP?

The Comprehensive and Progressive Agreement for Trans-Pacific Partnership (CPTPP) was established in 2018 and is a free-trade agreement that currently involves 11 countries in the Asia-Pacific region. These include:

The countries included in the CPTPP account for more than 13% of global GDP, worth US$10.6 trillion.

The ‘progressive’ in the title is included as the aim is not simply about reducing costs and tariffs, but also protecting labour rights and environmental issues.

In December, South Korean President Moon Jae-in announced the country was also considering becoming a member of the CPTPP, stating it would help improve trade in the post-pandemic era.

The UK first raised the idea of joining the CPTPP in 2019. Then Japanese PM Shinzo Abe said the UK would be welcomed ‘with open arms’ while then Australian PM Scott Morrison said ‘the British would be pushing at an open door’.

Small markets will be the winners of tomorrow

Trans Pacific Partnership: Could the UK look to Asia after Brexit?