After 10 years of negotiations, the China-Australia Free Trade Agreement (ChAFTA) was recently signed by each of the two parties. This shows how the connection between the two major world economies has become closer, while China’s influence in the Asia-Pacific region continues to increase. 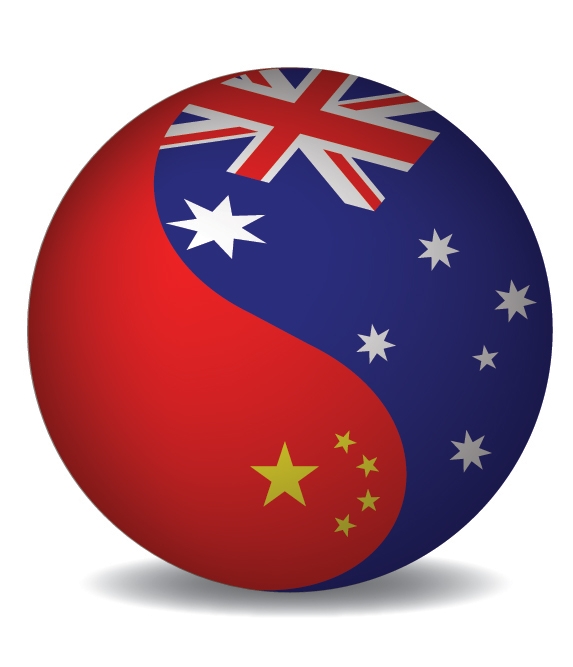 China and Australia agreed to sign the declaration to effectively put an end to ChAFTA negotiations during Chinese President Xi Jinping’s visit to Australia last year. The negotiations began in 2005, and have now come to the conclusion that most Australian products exported to China will eventually have duty-free entry, while all of China’s exports to Australia will also be tariff-free.

The two sides reportedly promised to open up to each other in the service sector, and agreed to award each other most-favored-nation status and lower review thresholds for corporate investment. The free-trade agreement will establish a stronger and long-term alliance between China and Australia, as the two countries complement each other in resources and industries.

The two sides work so well together because China has labor-intensive manufacturing industries, while Australia has rich mineral resources with a small population.  According to Australian Department of Foreign Affairs and Trade (DFAT), Australia’s top-five exports to China include iron ore and concentrates ($44.3 billion), coal ($9.3 billion), gold ($8.1 billion), education-related travel services ($4.1 billion) and copper ($2.1 billion).

Meanwhile, China’s top-five exports to Australia are clothing ($5.1 billion), telecom equipment and parts ($4.9 billion), computers ($4.8 billion), furniture ($2.2 billion) as well as toys and games ($1.8 billion). Australia could benefit from the ChAFTA because of its trade surplus with China, while China will benefit in the investment category.

Trade numbers between Australia and Chine increased from $88.1 billion in 2010 to $136.9 billion in 2014, while numbers from Cina’s State Administration of Foreign Exchange revealed Australia had a $9.4 billion trade surplus with China in 2014.

China was Australia’s top export market for goods and services over the last two years, making up about a third of its total exports and becoming an increasing source of foreign investment. The relationship of the two countries relies on an understanding as well as communication between the two sides, while the utilisation of ChAFTA leads to even more cooperation between the two.

With Australia being such an important economy in the Asia-Pacific region, ChAFTA strives to further improve China’s influence in regional economic cooperation. However, some industry leaders believe this could put Aussie jobs at risk, as it allows more Chinese workers to come to Australia on temporary skilled migration visas for up to four years with the possibility of staying even longer.

RELATED TOPIC: What Australian Banks Cutting Back Lending to China Means for Aussies

Under this agreement, up to 1,800 Chinese workers would be allowed to enter Australia as contractual service suppliers, while Chinese machinery installers and equipment servicers can work in Australia for up to three months.

So while the ChAFTA appears promising on the surface, it could cause problems for Aussies in the future.