Is Auckland Airport making too much money?

New Zealand’s Commerce Commission has said it will look into the profits made by Auckland Airport last year, along with future projections all the way up to 2022.

The watchdog is concerned that the country’s major international travel hub is making too much money, profit which is coming from airlines and passengers paying over the odds to use the facility.

“This difference in target returns could result in customers paying an additional 61 cents per flight over the next five years, or put another way – Auckland Airport earning an additional $47mn in profits after tax,” she said.

Auckland Airport says its charges are justified given it is spending around $2bn on long term infrastructure improvements. Such plans include a new terminal and runway.

Begg added: “We do not have significant concerns about these redevelopments and recognise that strong passenger growth is putting pressure on their facilities and expenditure.

“We note the challenges the airport faces in maintaining a working airport during construction, but look forward to the level of service quality improving over the long term as a result of these significant redevelopments.”

Auckland Airport is the largest in New Zealand and serves around 19mn passengers a year. More than three quarters of international visitors enter the country via this gateway.

The below infographic provides more detail on airport regulation. 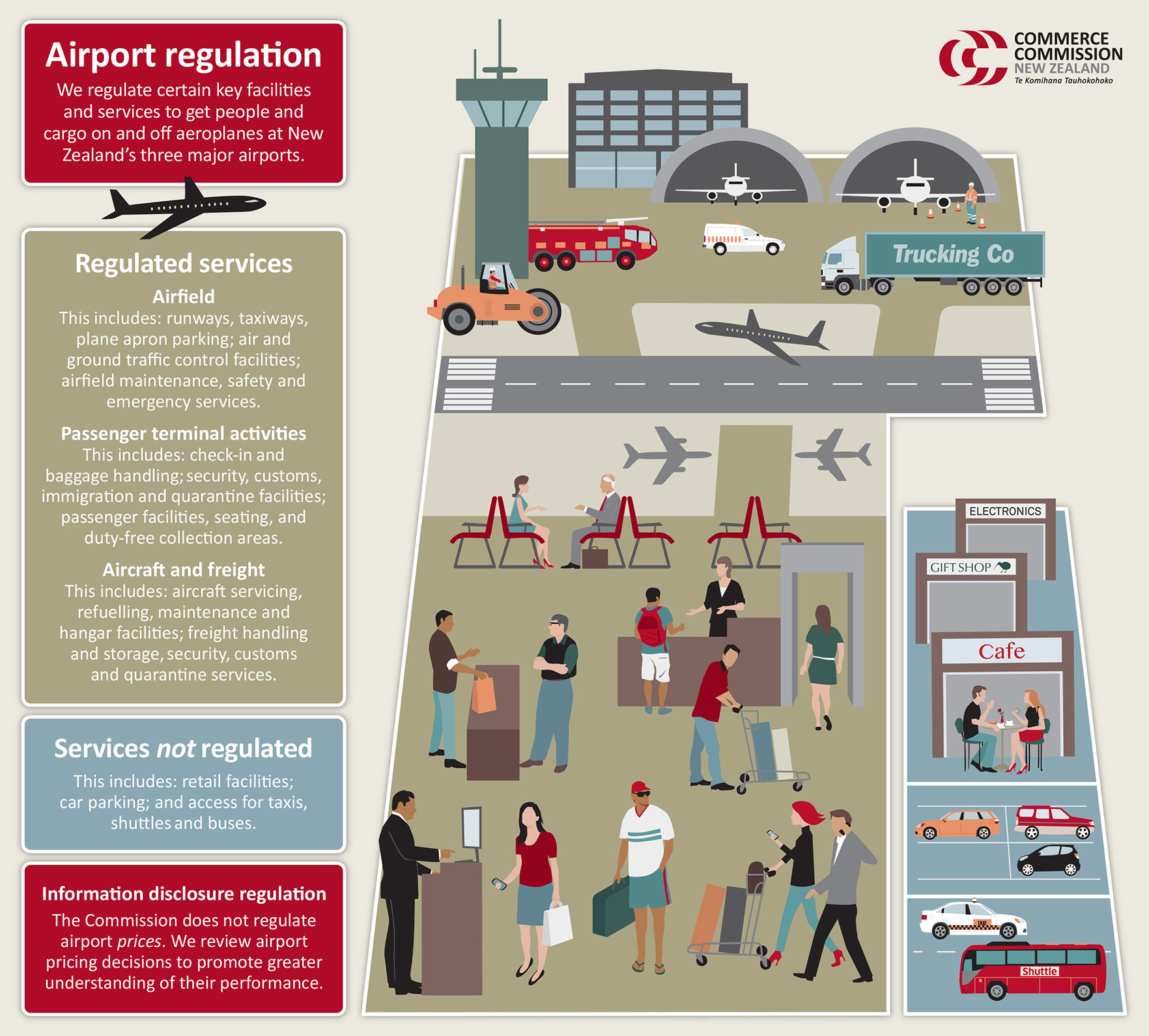